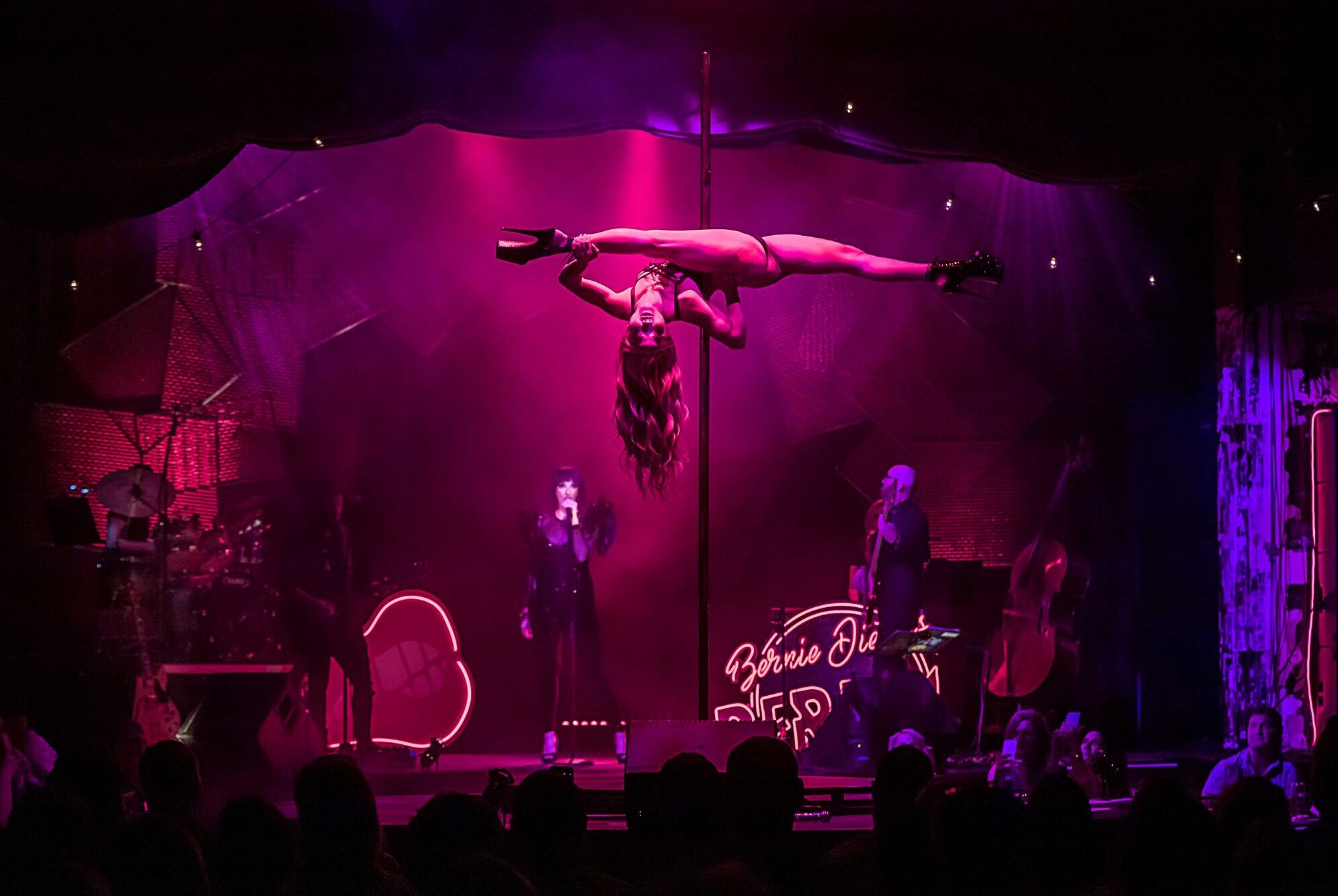 Blending sequins and satire with a cut-throat wit, and a deviant eye for debaucherous mayhem, Bernie Dieter is the queen of Weimar Punk Kabarett There’s a drag queen draped across the bar, a morose mime drowning his sorrows in a bottle of red and a bearded lady dancing in the shadows as Bernie sips her gin and surveys her prey. Join us in the Spiegeltent for a hazy night of dangerously funny kabarett, breath-taking circus and fire-breathing sideshow at its most inappropriate, provocative and hilarious best. With a fully original gin soaked, Weimar-punk jazz soundtrack by Bernie Dieter and the Vier, this is the Little Death Club where you can be whoever you want to be… There is no fourth wall, no rules and no seat is safe in this dark and defiant den of iniquity.